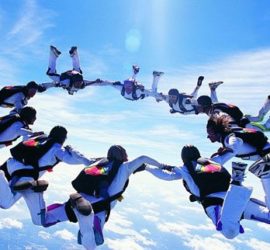 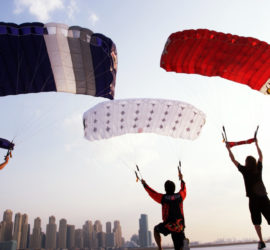 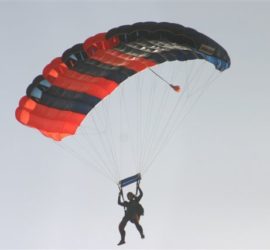 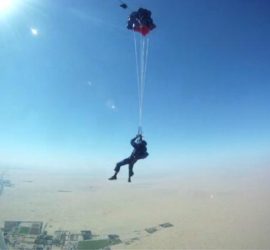 Parachuting or Skydiving is the an extreme sport of exiting an aircraft and returning to the earth with the aid of gravity, then slowing down during the last part of the descent by using a parachute.

The EAF commission work on the development of parachuting in the United Arab Emirates.

The EAF establishes and maintains rules and criteria for the EAF members within the country. EAF provides certification for the Skydivers who jumps within UAE, as below

The EAF establishes and maintains rules and criteria for the EAF members within the country, for EAF Aerobatics membership inquiry, please contact: info@eaf.ae